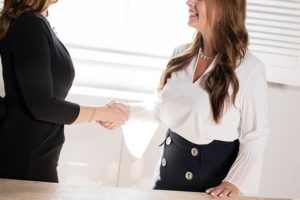 Usain Bolt is famous the world over for his extraordinary athletic exploits. As the overwhelming favourite, he successfully defended his 100m title at the 2016 Olympics in Rio, running a mind-boggling 9.81 seconds. In the same race, US athlete Trayvon Bromell finished the race in 10.6 seconds-less than a second behind Bolt. As an illustration of how tight margins between winning and losing can be this takes some beating. It becomes even more incredible when you take in the fact that Bromell finished 8 th (and last) with six other athletes finishing between Bolt and Bromell!

If you’re actively job seeking, margins can also be incredibly tight. In my experience this can often be true for when it comes to job interviews.

A few years ago, I chaired a job interview panel to appoint to a newly created post in my team. There were three of us on the panel and three candidates invited for interview. All three candidates performed very well.

So, after the interviews, the panel conferred on who to appoint.

I asked my fellow panellists to identify their strongest candidate and then I disclosed mine. Each of us thought a different candidate was the best. Each of us was able to put up a persuasive argument for their preferred candidate. Each candidate had skills, knowledge or experience relevant to the job that the others didn’t. At this point we expressed our wish that we had three jobs to offer rather than one!

We made our decision and the person we appointed was a great success in the job. I have no idea what happened to the other candidates after that, but we gave them good feedback and let them know they had been in serious contention, and I hope and expect they will have gone on to do very well.

The moral of the story is that the margins between getting the job or not at interview can be incredibly tight. You can deliver an excellent interview performance and still not get the job. All you can really do is maximise your chances by being as prepared and positive about yourself as possible, because the right answer at the right time; a really good example of your ability or knowledge, or being able to put over your most confident and relaxed demeanour(not easy I know) may just swing things in your favour.

Get in touch and I’ll help you to maximise your chances of being on the right side of those fine margins!